This is as he ended the season as the highest goal scorer in the league.

Ighalo scored a brace in Al-Hilal’s triumph against previously relegated Al-Faisaly on Monday night with the tie ending 2-1 at the King Fahd Stadium, Riyadh.

The former Manchester United striker struck the back of the net in the seventh and 64th minutes with two goals that threw the home crowd into a frenzy.

The result sealed the 18th league title win for the home club who were closely being trailed by arch rivals, Al-Ittihad

Ighalo joined Al Hilal in January 2022 after abruptly ending his spell with Al-Shabab, another Saudi Pro League side.

The Ajegunle-born striker participated in 31 matches in the Saudi league and struck the back of the net 24 times.

His record comes from his tenure with Al-Shabab where he scored 12 goals and made one assist in 18 games.

With Al Hilal, the former Watford striker made 13 appearances and scored 12 goals with 3 assists.

In the AFC Champions League, Ighalo found the back of the net twice in four outings, while he scored once in the Club World Cup.

Nigeria Finishes 7th Overall And No. 1 In Africa At The 2022 Commonwealth Games 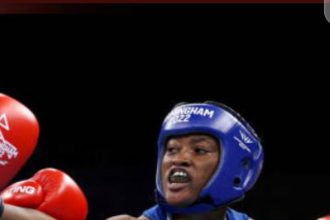 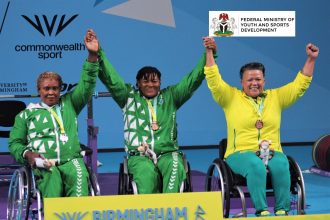